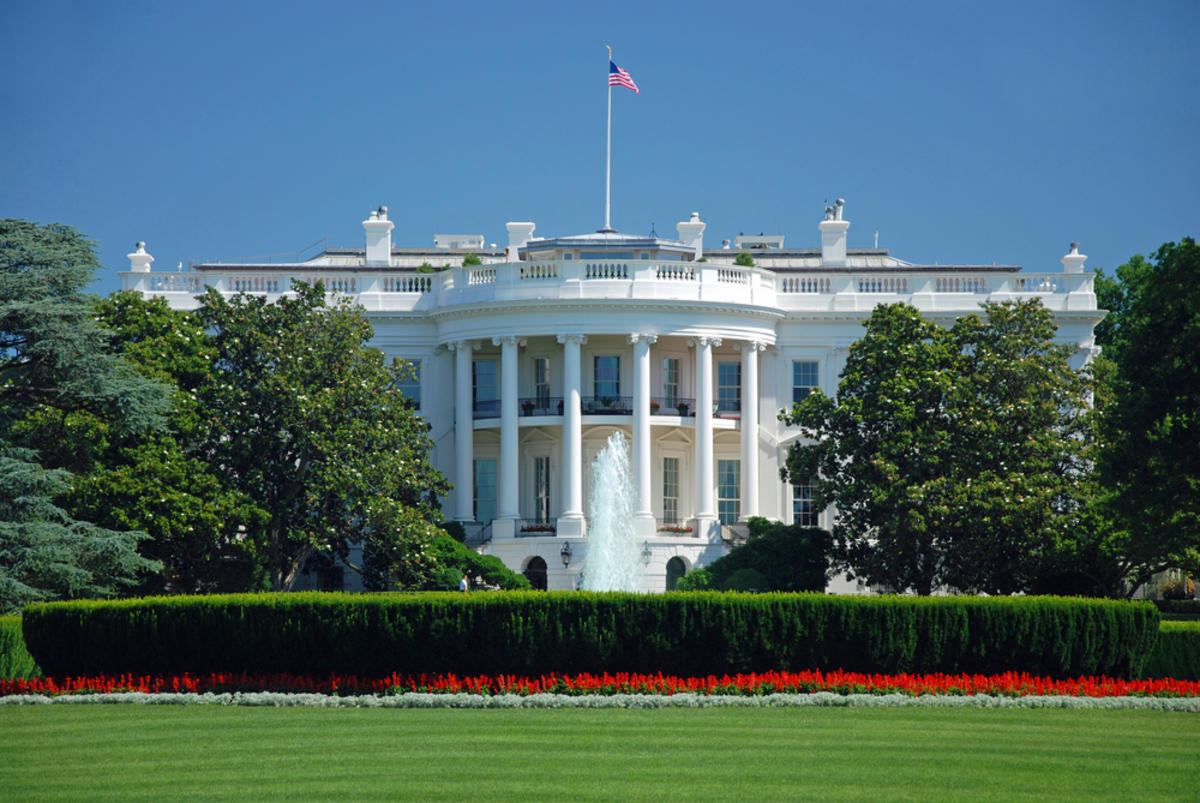 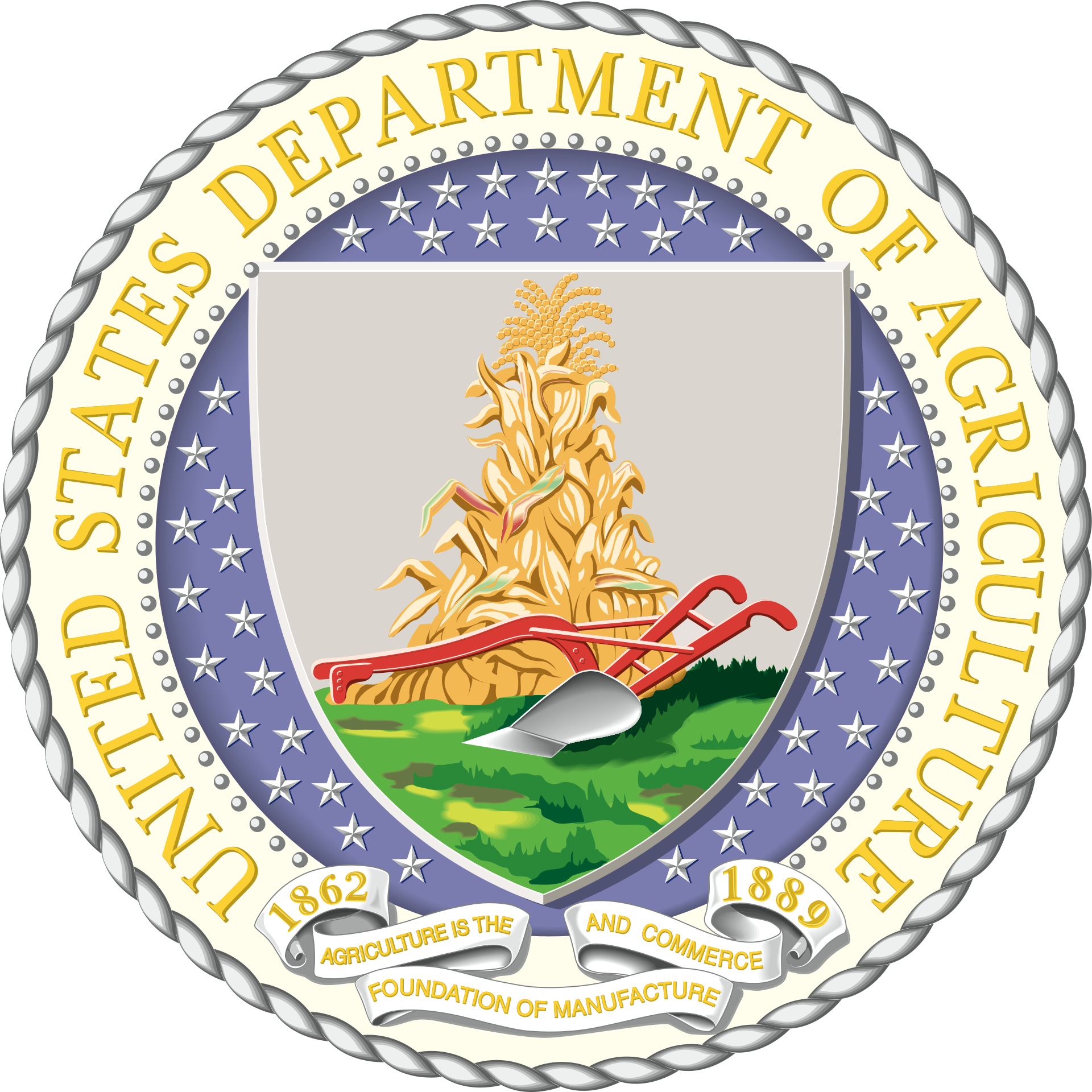 The U.S. Department of Agriculture (USDA) develops and executes policy on farming, agriculture, and food. Its aims include meeting the needs of farmers and ranchers, promoting agricultural trade and production, assuring food safety, protecting natural resources, fostering rural communities, and ending hunger in America and abroad. The USDA employs more than 100,000 employees and has an annual budget of approximately $95 billion. It consists of 17 agencies, including the Animal and Plant Health Inspection Service, the Food and Nutrition Service, and the Forest Service. The bulk of the department’s budget goes towards mandatory programs that provide services required by law, such as programs designed to provide nutrition assistance, promote agricultural exports, and conserve our environment. The USDA also plays an important role in overseas aid programs by providing surplus foods to developing countries. The United States Secretary of Agriculture administers the USDA. 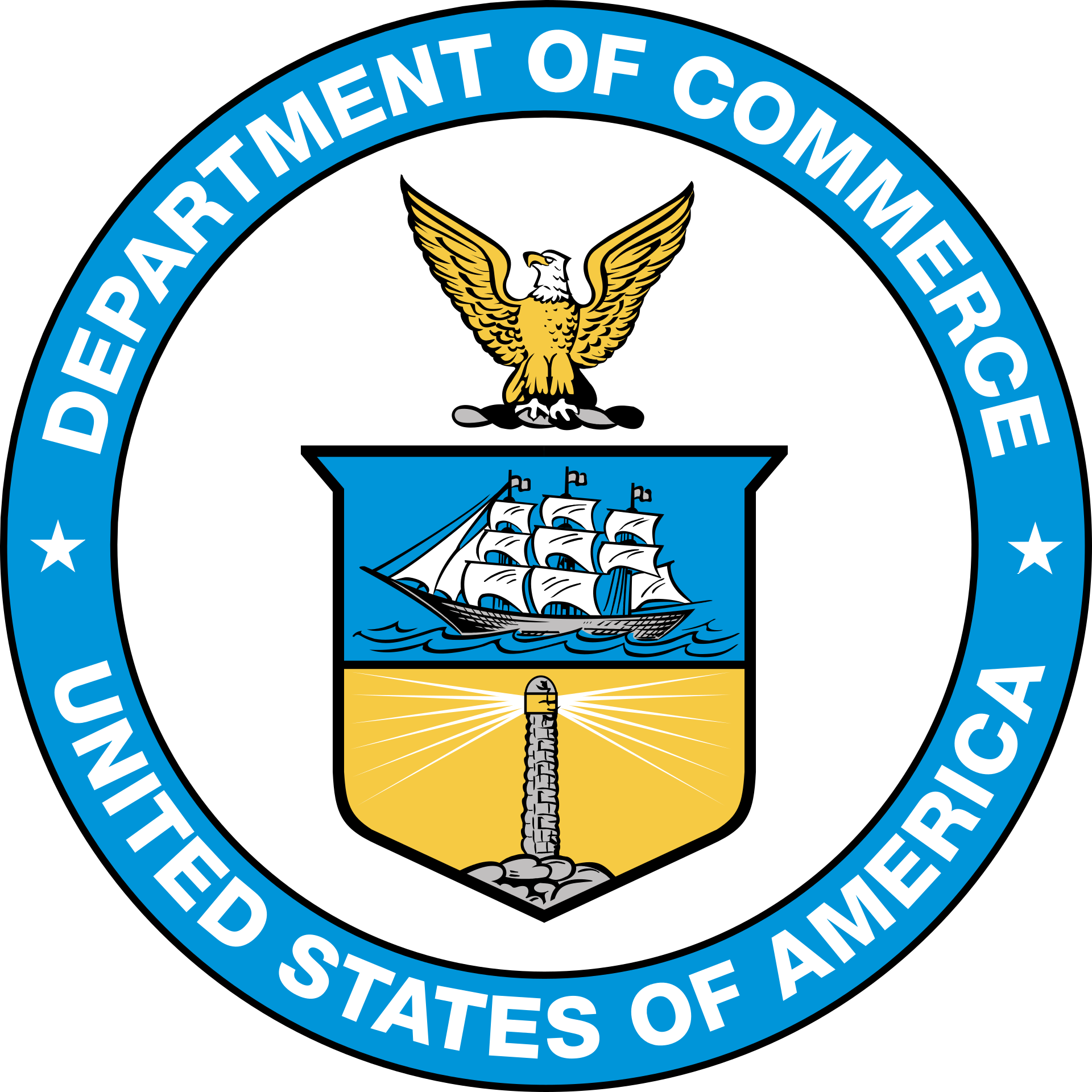 The Department of Commerce is the government agency tasked with improving living standards for all Americans by promoting economic development and technological innovation. The department supports U.S. business and industry through a number of services, including gathering economic and demographic data, issuing patents and trademarks, improving understanding of the environment and oceanic life, and ensuring the effective use of scientific and technical resources. The agency also formulates telecommunications and technology policy, and promotes U.S. exports by assisting and enforcing international trade agreements. The Secretary of Commerce oversees a $6.5 billion budget and approximately 38,000 employees.

The mission of the Department of Defense (DOD) is to provide the military forces needed to deter war and to protect the security of our country. The department’s headquarters is at the Pentagon. The DOD consists of the Departments of the Army, Navy, and Air Force, as well as many agencies, offices, and commands, including the Joint Chiefs of Staff, the Pentagon Force Protection Agency, the National Security Agency, and the Defense Intelligence Agency. The DOD occupies the vast majority of the Pentagon building in Arlington, VA. The Department of Defense is the largest government agency, with more than 1.3 million men and women on active duty, nearly 700,000 civilian personnel, and 1.1 million citizens who serve in the National Guard and Reserve forces. Together, the military and civilian arms of DOD protect national interests through war-fighting, providing humanitarian aid, and performing peacekeeping and disaster relief services. 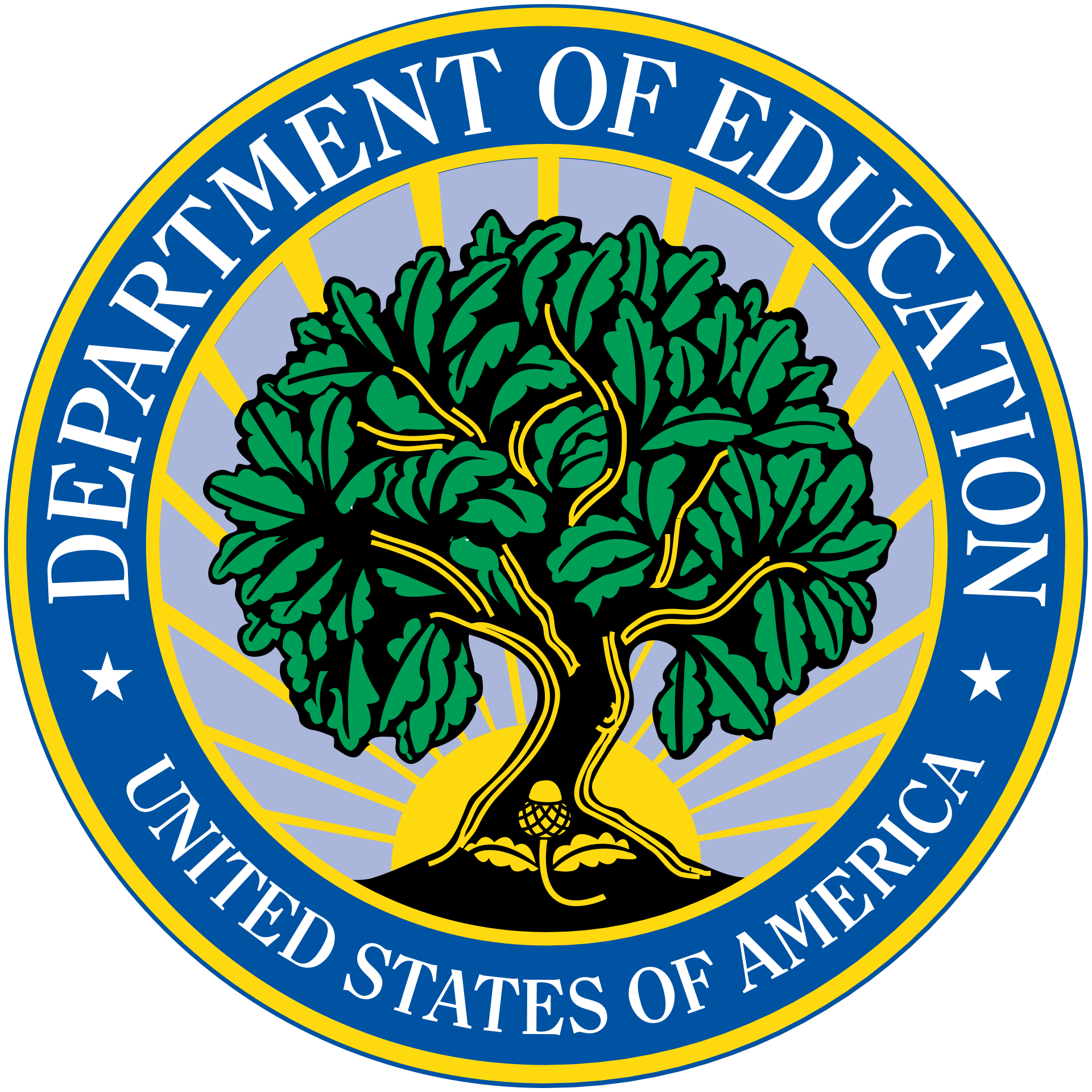 The mission of the Department of Education is to promote student achievement and preparation for competition in a global economy by fostering educational excellence and ensuring equal access to educational opportunity. The Department administers federal financial aid for education, collects data on America’s schools to guide improvements in education quality, and works to complement the efforts of state and local governments, parents, and students. The U.S. Secretary of Education oversees the Department’s 4,200 employees and $68.6 billion budget. 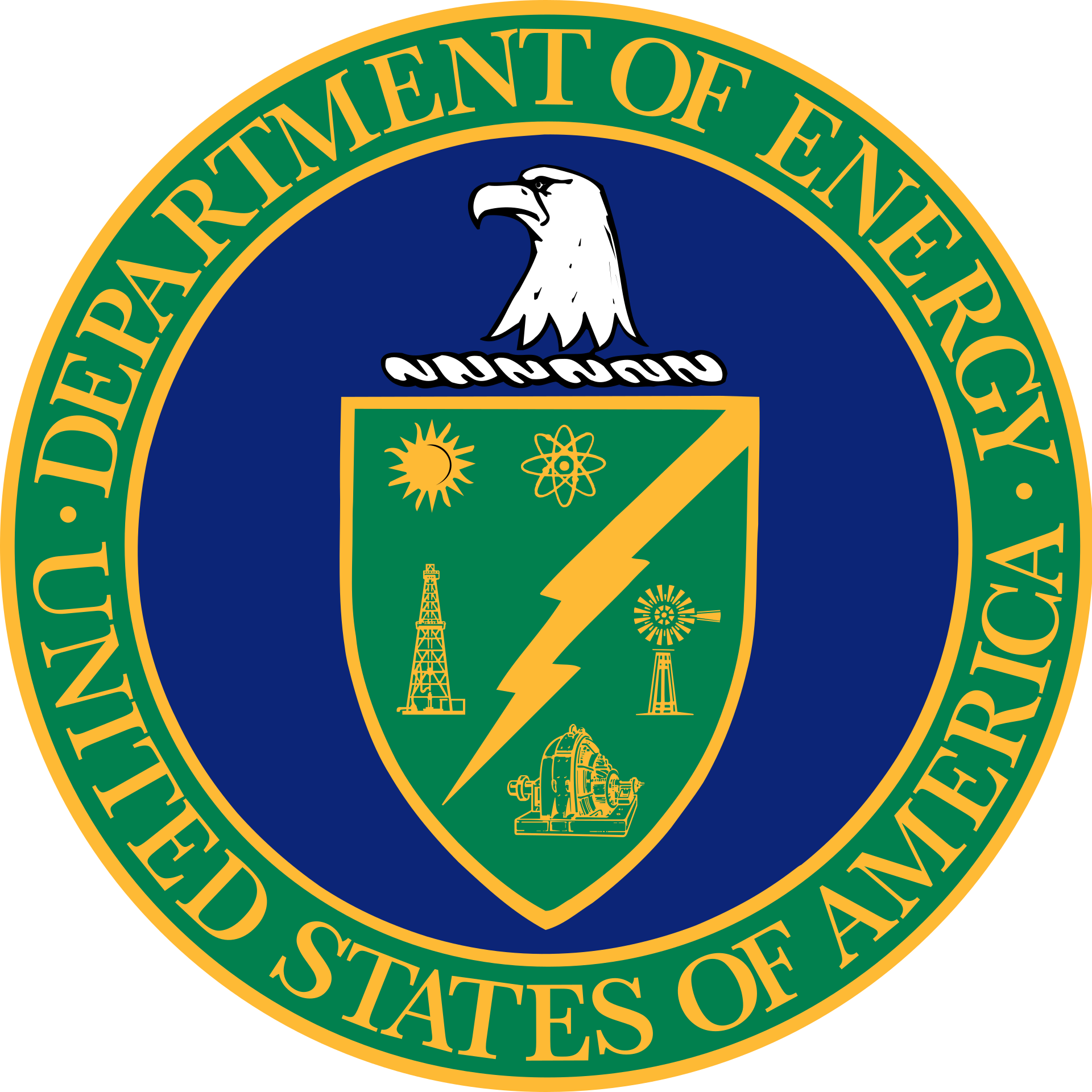 The mission of the Department of Energy (DOE) is to advance the national, economic, and energy security of the United States. The DOE promotes America’s energy security by encouraging the development of reliable, clean, and affordable energy. It administers federal funding for scientific research to further the goal of discovery and innovation — ensuring American economic competitiveness and improving the quality of life for Americans. The DOE is also tasked with ensuring America’s nuclear security, and with protecting the environment by providing a responsible resolution to the legacy of nuclear weapons production. The United States Secretary of Energy oversees a budget of approximately $23 billion and more than 100,000 federal and contract employees.